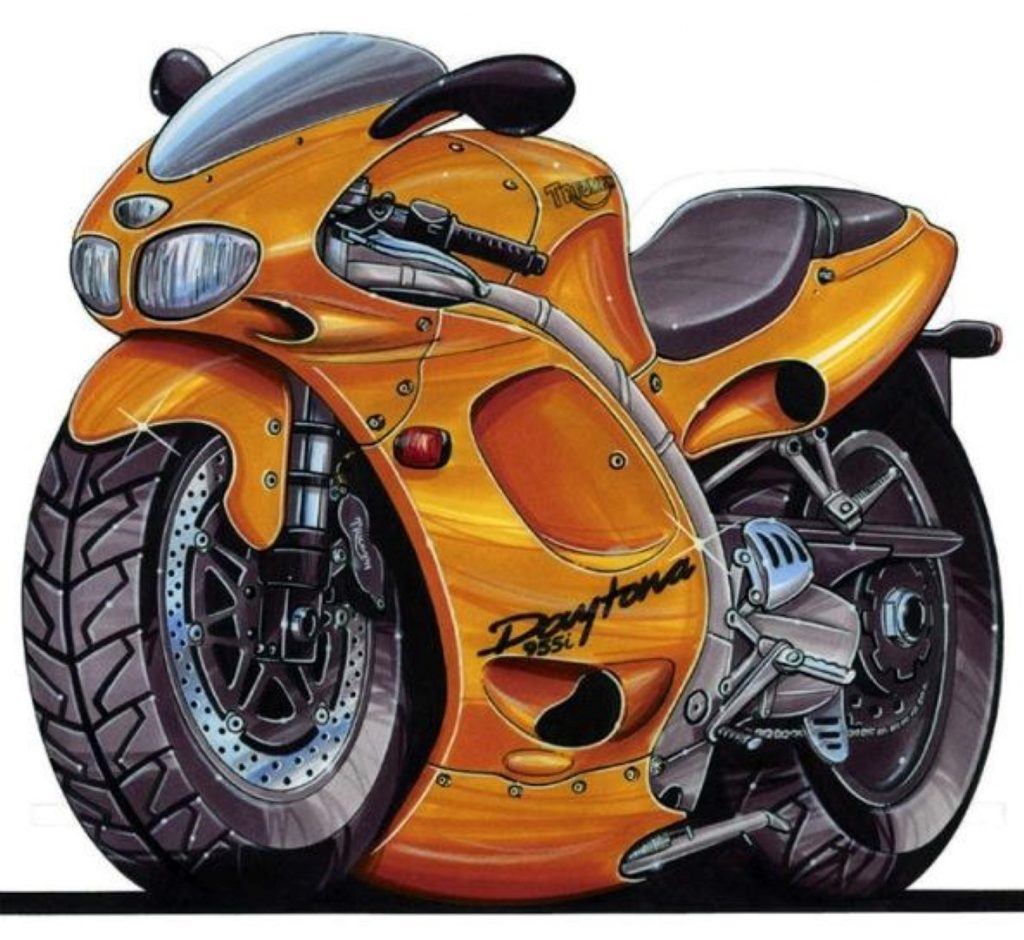 What is a Triumph Daytona T595?

Triumph’s outstanding revival in 1990 was followed by a line of bland looking machines over the following years. The early Daytona models sold reasonably well and got the Triumph motorcycle brand back on it’s feet, but this original Daytona was bland looking and had more than its fair share of ‘British’ Engine niggles. 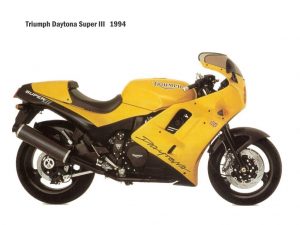 Haunted by this lackluster performance issues and inability to compete with a broad range of Japanese machines creaming the market, Triumph decided it was time for some drastic re-design action.

Triumph didnt just take vogue off the back burner, they went on to grab a gob load of it and smeared it in your face! With its sculptured, bulbous bodywork, a 955cc engine lump and a single-sided swinger meant business. It’s arguably one of the best looking Sports Bikes ever. 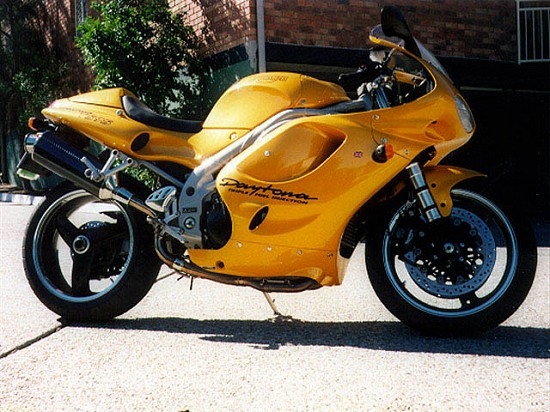 It was expected to offer the legendary FireBlade a run for its money. however truly it couldn’t equal to the Blades handling or performance. It did everything a shade slower however with lashings of refinement and simply sheer sexiness.

Eventually, whereas the Honda FireBlade and Yamaha R1 went off in sportier directions, Triumph quietly went about slowly tweaking the bike and ironing out the first bugs till it might stand alone as a machine which might become a contemporary classic and foster its own choleric band of fans and admirers. Riding the T595/955 has never been as glossy as swinging a leg over a Nipponese four, however you get a reference to the Trumpet that you just aren’t getting with a rice-burner.

OK – so the clutch is often a little sharper than most like, short people will find their wrists ache because of the long reach (luckily us normal sized 6’+ folks will love it), the engine runs hot, but put that aside. The T595 is involving, visceral, emotional and, yes, typically agricultural. Basically, there is been a myriad of changes to the family beneath the skin, with 3 major models. The T595 is distinctive because of major aesthetic changes and, of course, the bike’s age well. Does this look like a 20 year old motorcycle?

Better quality modern materials in new models mean the build quality has improved, fasteners have shrugged off the weather easier and castings are of much slicker quality.

It’s vintage, it’s modern, it’s fast and its just plain cool — So, if you would like a British bark in your garage take a glance at the Triumph Daytona T595.

In 2001, the whole bike was redesigned… and the 2002 Daytona was my first ever Triumph motorcycle…. but that is a whole different story.