Moving to Vegas – Cayenne, 911 and Daytona

Driving through Arkansas… a huge chunk of road debris (and I mean huge – it looked like an axle from a car) bounced up from the car in front and smashed into the rental truck.

Towing the 911 at pretty much top speed (within the speed limit officer #honest) there wasn’t much to do in that split second other than grit my teeth….

this was the aftermath….

Finally, the old boy is close to being back in road-worthy condition. It’s been a long, lazy journey for Tiberius the Trumpet but he is finally looking good. Running Good. Sounding awesome. Everything seems to be working nicely.  Just a couple of minor issues to fix and then to get back on the road:

During fitting I decided to stick with the original Triumph Factory rear-view mirrors. So I now have a spare set of carbon look front mirrors… an unwanted set of mirrors… new sexy mirrors… and I’m giving them away for free!

When I see 50 comments – I will choose one at random! Then I can post the mirrors to you free of charge. I’ve had plenty of help from other bikers over the years and it’s just a small gesture to maybe help someone else out…

Who said there was no such thing as a free lunch?

I decided to stay here, ignoring the evacuation order. I feel like this house is far enough inland and sheltered enough that it wont be affected by the storm (except flying debris possibly) and the only flooding that we should face is from the rainfall.

So, it’s time for some hurricane preperation.

The Baron was probably the first motovlogger that I saw on The You Tubes. 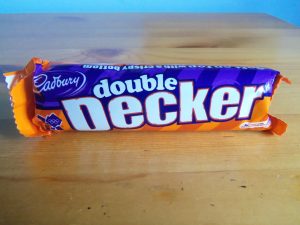 He’s amusing,irreverent, caustic and his earlier motovlogs were mainly just commuting videos into London. His style reminds of Peep Show – the series. I loved watching them because he frequently rode the same commute route that I used to ride up into town. While he was recovering from a broken leg he recorded a video riding around Soho (Disabled Prostitutes) on a disability scooter. Still makes me laugh.

Over recent years he’s become a motorcycle celebrity and even launched his own magazine style business call 44 Teeth.

Best of luck to you Baron and keep up the good work!

Tiberius Lives (aka rebirth of a 1998 Triumph Daytona 955i Triple Sportsbike)!

Tiberius the Triumph Daytona is ALIVE!

After replacing the fuel pump, a couple of geriatric rubber hoses, upgrading the fuel connectors and a fluid/filter change we have lift off! Project “rebirth of a 1998 Triumph Daytona” is looking good!

The old boy is now ticking over nicely and being gently introduced to the tarmac in short controlled runs to gently run the engine in.  I have two news tyres (aka tires) waiting to be fitted and still have a shortlist of easy servicing items that need to be looked at. But, he’s alive and running.

Next video should be fitting the crash bungs, bodywork, tyres, new indicators and brake line flush…. then… we might be ready for an extended ride out.

But, the bad news is that this is going to take a few months to get ready. I need to do that pesky American Motorcycle license before I do anything else…. and very annoyingly I have some super busy work assignments in the real world that are going to eat up my weekends until after Santa comes. But… it’s so close to running its getting my juices going. #excited