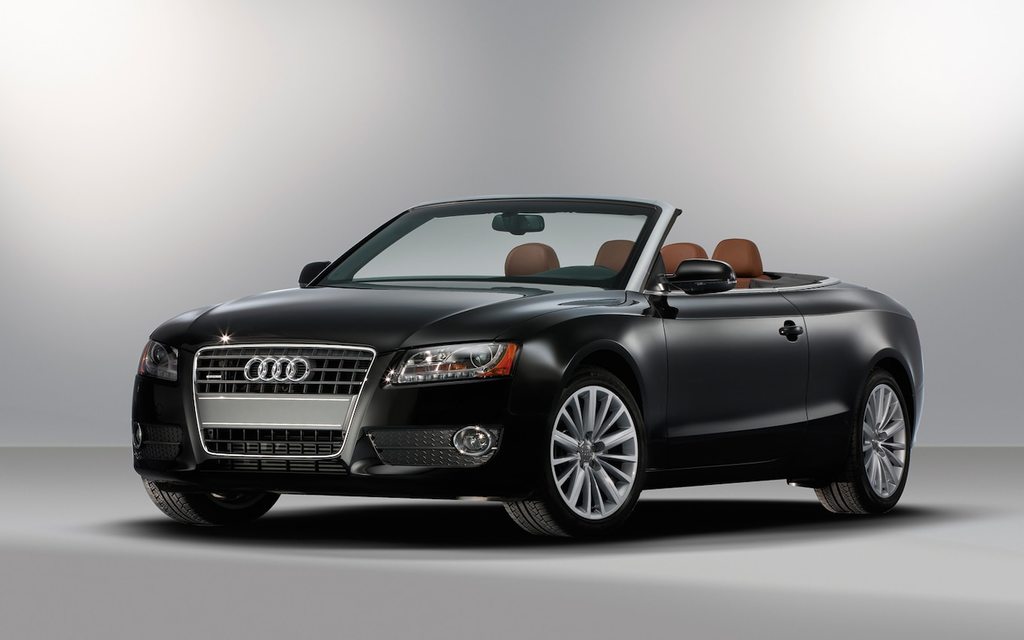 Well… that was a brief love affair.

Pro’s of the Audi A5 Cabriolet

Con’s of the Audi A5 Cabriolet

So, in the two months I have owned this beautiful but pesky Audi money pit I’ve had a few too many service visits. You can trace each of these visits by following the stains of my tears.

Why, Oh Why, did I trade in my Porker for this Audi POS?

Me. Crying into my beer.

This torrid tale started when I discovered it has an open Recall for a new air-bag. Should have been simple right? Oh No – a trail of errors followed:

Checked into Audi Henderson for the day – Airbags fitted I collected my A5, but ten minutes into homeward journey, suddenly get hard engine vibration and the dashboard lights up like a Christmas tree. I limped off the interstate, and head back to Audi Henderson to have the mechanic report the oil plugs are badly coked up. Leave it for investigation. Next day I’m told a seal on the oil pump is faulty causing small oil spots I’ve seen and I need a new oil pump as well. This doesn’t sound right to me, but I’m not the Audi Mechanic and since I want this car to be in tip-top condition, I authorize both bits of work thinking it’s better to have it all done. My first mistake.

Next day, collect car after paying $300 for the spark plugs (very expensive but “hey its a dealership”) and a slick $800 for the replaced oil pump. Disgruntled, after being told there was no discount that could be applied for my troubles, I collect and drive off. Almost home, fifteen minutes later… engine warning lights and the low oil dashboard warning. Immediately call the dealer and I’m told to bring it back again. After yet more waiting around, I’m told they had forgotten to fill with oil. Very apologetic front desk personnel, but no discount apart from a free quart of oil as it was filled on the forecourt. Do they test drive cars after work? Shoddy attention to detail and inflated prices. I won’t be back. 🙄

UPDATE – MAY 2019 – One month later I have a catastrophic engine failure driving to work. Heavy vibration, obviously misfiring, I limp off interstate straight into a different Service Shop (Meineke Car Care Center 5833 W Tropicana Ave, Las Vegas, NV 89103 ) who quoted me $3500 who investigate engine code and tell me the Turbo has failed. Investigation shows the Turbo has a crack in it. This is most likely the cause of the oil spots!! One week and $5,092 (which just goes to show that quotes dont mean sh!t) later I have a new turbo installed but when we fire the car up, its car running (badly) and engine system warns I have no compression on cylinder one. Mechanic tells me that driving with no oil is most likely the cause of burnt cylinder internals and likely caused the failure. I go and buy a beer. Cry into it. Audi do not supply a cylinder repair option so I’ve been quoted $5,000 for a new engine plus $$ to fit. #aaargh

UPDATE – JUNE 2019 – Brice, the service Manager from Audi Henderson returned my call today. #huzzah The result of the call isn’t exactly a resounding result but its better than nothing. Audi have offered to do an engine inspection for $free – it sounds like the mechanical version of every 50 year old mans colon exam; with cameras. Hopefully it will show the extent of the damage and give an engine rebuild $quote which I can compare against the cost of a replacement engine. Having said that – it was refreshing to have a frank discussion even if it did not end up with the sentence “of course we can fix that engine for $free” 😉

Where do I go now?

Also me. crying even more into my beer.

Plan – trade it in as is, swallow the loss, or install a new engine and hope to drive it until I can recoup my losses or trade it for something else