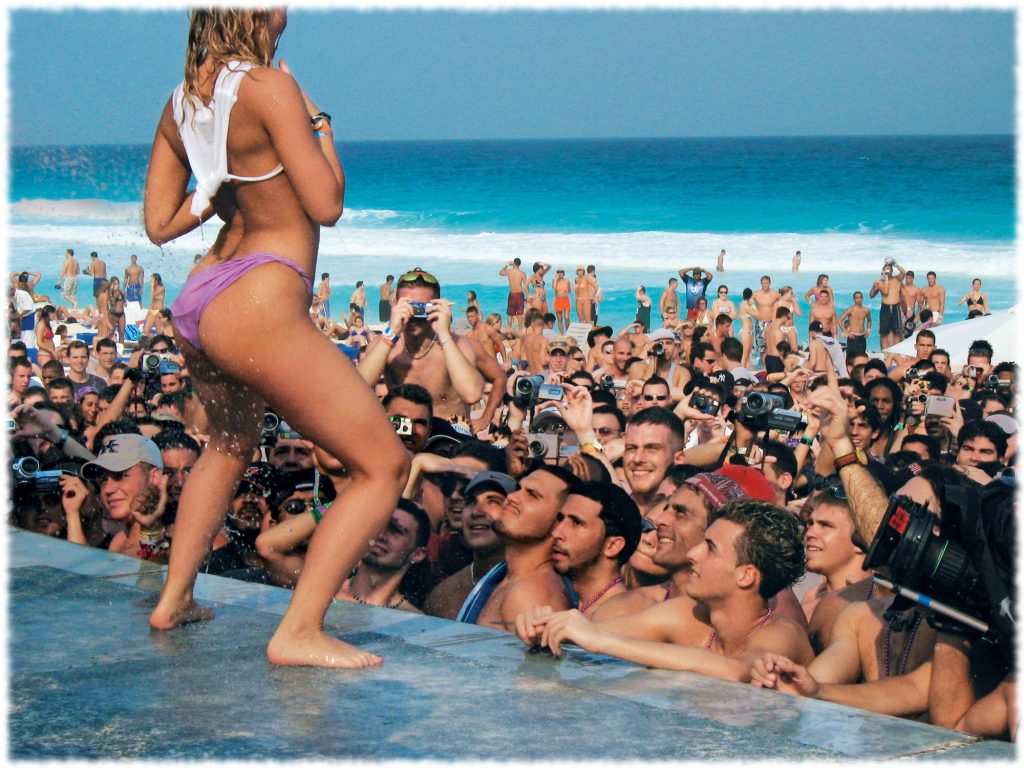 Without my normal waffle – it was the drain tube from the Air Conditioning. This is a rubber hose with a semi-sealed end with a cut/slit or burper opening. The end was blocked, or had sealed itself shut, apparently a common problem with older Cayennes that have heavy AC use. So, after driving around with aircon running, the cold condensation builds up and has no where to drain to. It sits in a little overflow tank until it finally fills up and floods out on drivers (and passengers feet) when cornering. Sound familiar? If so, then this video will help fix it.

It’s a simple job – one screw look for the hose, found it, opened it, sprayed some lube (WD40) to stop it sticking shut again and *boom* aircon is properly draining and no more wet carpet. 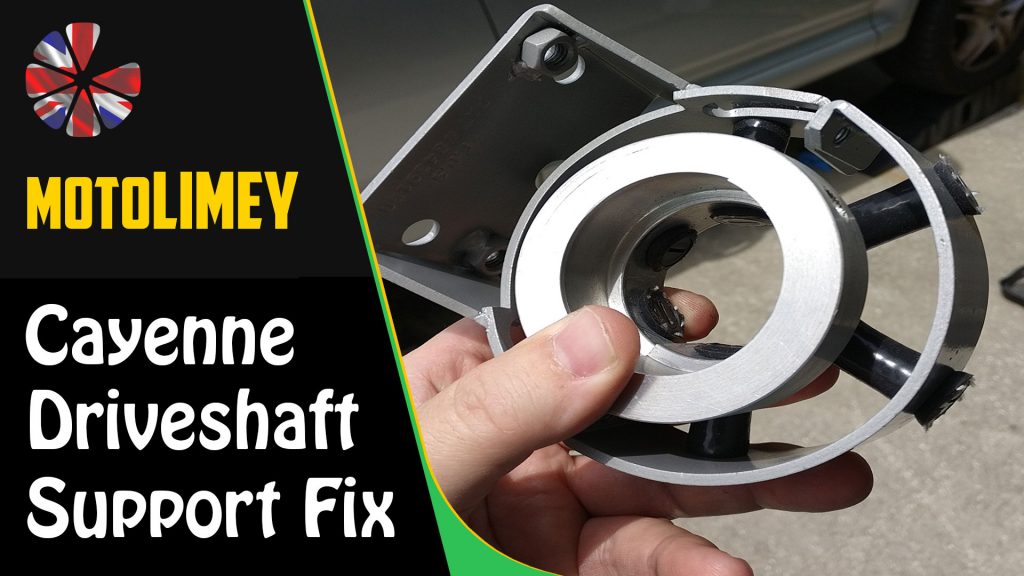 Is there a midget with a hammer hiding inside your Porsche Cayenne (or VW Tourag) gearbox? Does light acceleration make your car twitter like a flock of angry birds? Chances are it’s the Porsche Cayenne Drive Shaft support failing – This part is basically a rubber support that is in the middle of the driveshaft. This is a well known piece that wears out on Porsche Cayenne (and VW Tourags) at around 100k miles. 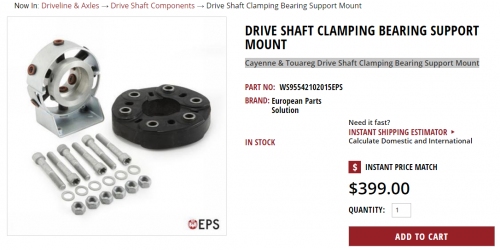 On mine it suddenly wore out quite spectacularly, while pulling away reasonably hard into traffic there was a loud *BANG* and then *KNOCK KNOCK KNOCK KNOCK* which sounded like it was coming from inside the gear box housing, or where the gear change lever is.

I was quoted $2000+ to fix this from a local Porsche Dealer so decided to do it myself. I’m a noob mechanic and this is the first mechanical thing I have ever undertaken with this car.

This “Porsche Cayenne Drive Shaft” fix was a simple procedure (even for a mechanically inept buffoon such as myself) and took me about 40 minutes, and that is including reading instructions, trying to records this nonsense and (obviously) spending many minutes trying to squeeze my fat belly under the car….

I don’t work for Vertex nor do I have any interest – but it fixed the problem and was easy for a fat fingered mechanically inept gray haired old fart like me to install!

You can buy the part from VERTEX and will need to buy some ramps (about $40) and an angle grinder (also about $40-50) and then a few basic tools (couple of spanners, some wire snips and a razor blade to trim the old rubber off the center support on the drive shaft).